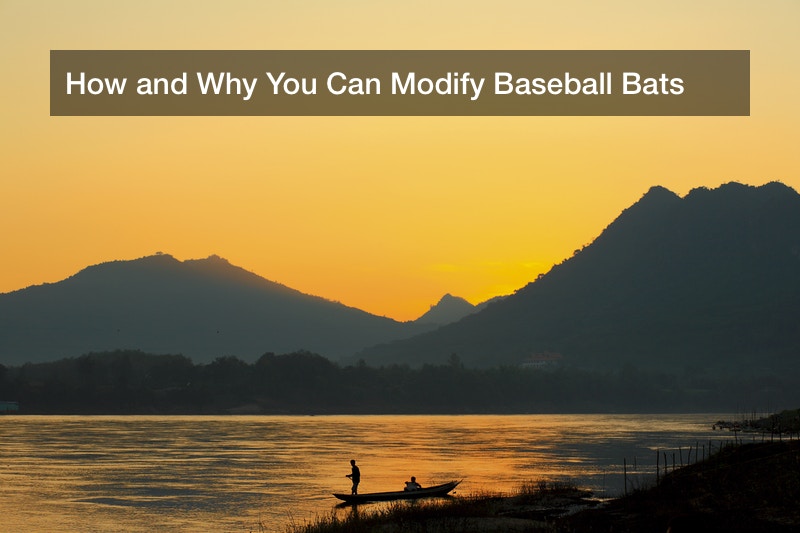 A number of sports today use some distinct equipment, such as the racquets in tennis, hockey sticks, and the helmets of American football. Meanwhile, baseball is one of the most popular sports in the United States today, and it is also widely popular in Japan. This sport uses not only distinctive baseballs, but also leather catcher’s mitts and baseball bats to play. Any player, whether a professional athlete or an amateur or casual player, will want to visit sports goods stores and get the best baseball bats for the job. This means choosing between metal and wooden bats, and many brands produce them. Some players may want to get their hands on doctored bats; that is, shaved bats and rolled bats with enhanced performance. A bat shaving service can create metal doctored bats, and bat rolling services can produce doctored bats for owners of wooden bat models. How might this work, and where is the right place to use doctored bats?

Traditionally, baseball bats are made of ash wood, and this has been true since the late 1800s or so. These wooden bats need to be broken in, though, and their fibers will naturally bend and break as balls strike them during use. The end result of breaking in a bat is that the bat’s stressed fibers make the bat more flexible, and this will allow the bat to strike the balls further during gameplay. Some players may have a collection of broken-in wooden bats that they use for games.

At a bat rolling service, the wooden bat will be passed through a series of pressurized rollers, and this will distress the wooden bat’s fibers and produce a bat that performs like a properly broken-in bat. Care should be taken, though, so that these rolled bats are not over-stressed and damaged during this process. It may also be noted that rolled bats are not allowed at sanctioned or official games, and on-site experts may be able to recognize them on sight, anyway. But rolled bats are great for practice sessions, and they may also be fun to use during casual games where official rules are not enforced.

What about metal baseball bats? They do not have wooden fibers that can be bent and broken like with wooden bats, but they can be doctored in other ways. A metal bat has a hollow body, and that body contains padding material inside that allows the bat to flex without breaking when it strikes balls during a game. A player may look for shaved bats that have had some of the interior material removed, and shaved metal bats can strike a ball further than standard ones.

The metal bat owner may also bring their bat to a shaving service, and that bat will have its end cap removed to expose the hollow interior. Now, that metal bat is placed on a lathe table and secured with an assembly, and the lathe will gradually feed that metal bat’s interior to a spinning grinder surface. That grinder will shave away a few ounces of padding inside that bat, though car should be taken so the grinder does not remove too much material. And no material at all should be removed from the handle, since that will make the bat far too fragile. After the grinding is done, the bat is removed and its end cap is put back in place.

Shaved bats can strike balls further than regular ones, and this is great for casual games. But as with rolled bats, these doctored bats are not allowed at sanctioned games at all. And they should not be used outdoors in temperatures below 65 degrees Fahrenheit, either.