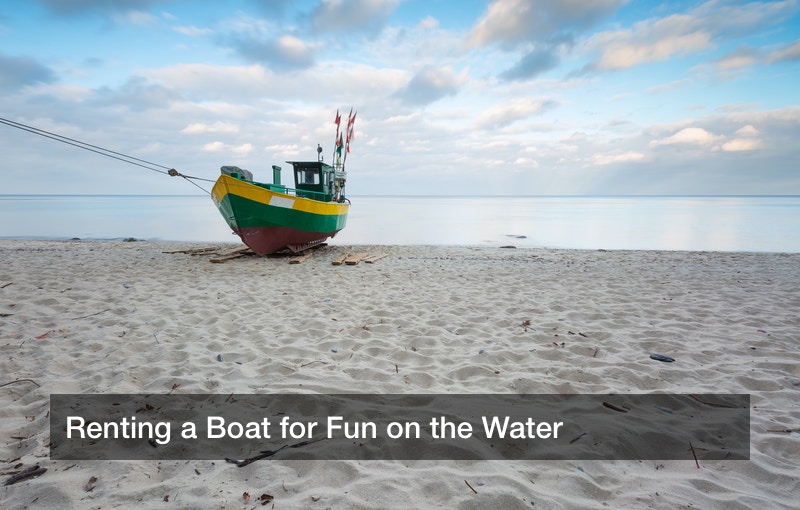 Human beings are not aquatic animals, but then again, the human race has always found productive ways to make use of water, from rivers to the oceans. Even in prehistoric times, many people around the globe built rafts and canoes for fishing and trading, and later, ships of war, such as Spanish galleons, were built. Today, naval battles and commercial fishing are handled with larger ships, while everyday Americans can enjoy the water with pontoon boats, speed boats, and party barges. Many older Americans can afford to buy their own boats, and they will tow those boats to a local body of water and start motoring around. Meanwhile, for Americans who can’t afford a boat or don’t want to, they can opt for pontoon rentals, speed boat rentals, and even party barges for larger groups. A party barge only moves around slowly, but it’s huge, and it can hold slides, play areas, and more for anyone who visits. Other party barges or large pontoon boats are a fine way to have a picnic or other fun on the water, too.

The Business of Boats

A lot of money is spent on buying, fixing, renting, and upgrading leisure boats across the United States today. The numbers show that around 87 million people are taking part in recreational boating, and some own their own boats while others rent them. In fact, the overall boating industry in the U.S. has a total economic impact of $121.5 billion, and that includes direct, indirect, and induced spending of all kinds. All of this supports 650,000 jobs (both directly and indirectly), and supports some 35,000 small businesses. Many Americans live within an hour’s drive of a body of water that can support boats, such as lakes or the coast, making boats viable for use in most states. As for getting a boat, if someone cannot afford one, they can rent one, and visit a local marina or dock to get help choosing a good boat to use.

Choosing a Boat to Rent

In some ways, choosing a party barge or pontoon boat for rent isn’t too different from what a buyer would do when looking for a purchase. Looking over a boat in person is a must, and the renter can check the boat’s hull for cracks, holes, or other damage. Not to mention, the renter should look over the boat’s carpet and seat upholstery for damage or stains. Some pontoon boats come with awnings that can fold out and retract, and the renter can test to make sure a boat’s awning will work and is not damaged or stuck in place. Finally, the renter may, with permission, take a boat on a test run to review its performance.

Not all boats will serve the same purpose, though. Racing boats can go very fast and have one or two seats in them, while a party barge or large pontoon boat is slower and has much more room for occupants. Some of the largest party barges are big enough to simply sit on the water while guests can use water slides or play on its surface, and a pontoon boat is good for slow, leisurely activities like fishing or going on a picnic at a lake. Pontoon boats can unfold their awning to block harsh sunlight or sudden rain, and they have seating and tables (and floor space) for several people to sit and stand comfortably. It’s also a fine idea to fish while on board a pontoon boat, or simply go exploring to see the local wildlife and terrain.

Don’t forget speedboats, which are a natural choice for boat racing, including boat charity runs. In other cases, a speed boat can be used for wakesurfing or wakeboarding, and the boat kicks up a sufficient wake for those water sports. The athlete will stand on a board and hang onto handlebars at the end of a long rope attached to the boat, and the boat will accelerate to full speed. A wakeboarder will hang onto the rope and stay balanced while surfing, and a wakesurfer will let go once they get up to top speed and surf on the boat’s wake. Such water sports have been popular since the late 1980s.